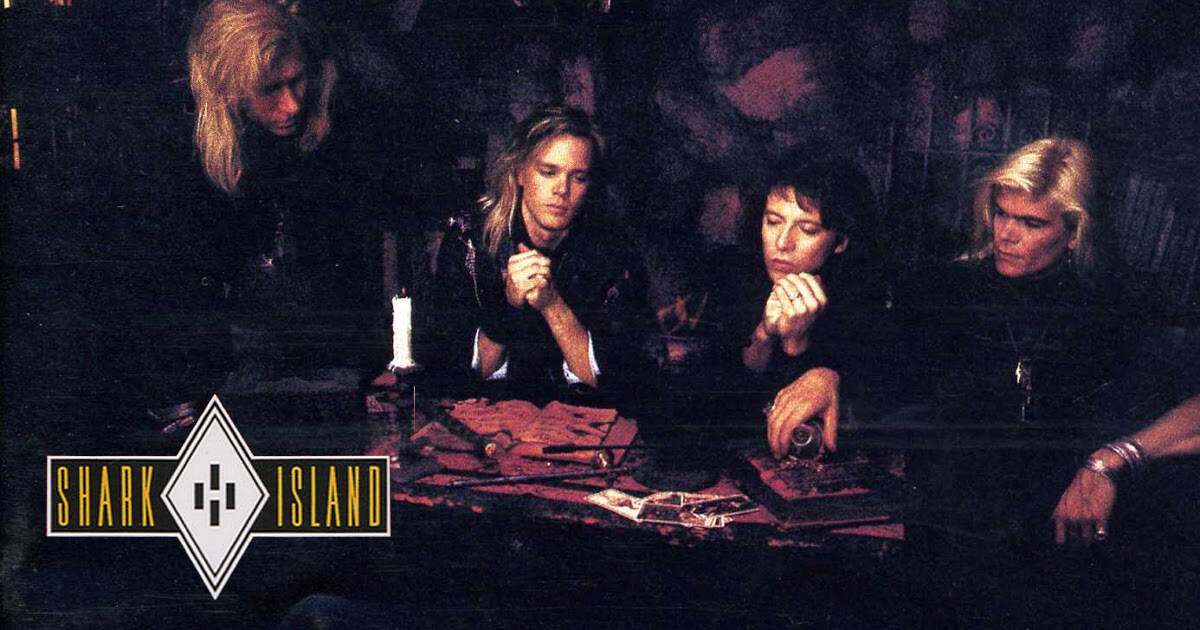 Sharks started in 1979 by vocalist Rick Czerny and lead guitarist, Spencer Sercombe. Czerny and Sercombe met in high school playing together and began writing original material. Spencer eventually began working for B.C. Rich guitars. While working at B.C. Rich, Spencer had a hand in the designing of one their most popular guitars, The Warlock…

…In 1985, Sharks changed their name to Shark Island. They became the house band at Gazzari’s on the Sunset Strip. Owner Bill Gazzari helped produce a cover of the Frank Sinatra song “New York, New York” which appeared on the band’s independently released album, S’cool Buss, in 1986. The line-up now included Richard Black on lead vocals, Spencer “Burner” Sercombe on guitar/vocals, Walt Woodward III (ex-Rachel, Americade) on drums/vocals, Tom Rucci on bass/vocals/keyboards and Michael Guy on guitar/bass. Rick Derringer produced most of the album and there were 1,200 copies made (200 in a red cover and 1,000 in a turquoise color). “Palace of Pleasure” was the unofficial single of this album. The former Sharks’ rhythm section, Jim Volpicelli (bass) and Dave Bishop (drums) are credited with co-writing four of the nine songs… (from Wikipedia)
More from Wikipedia >