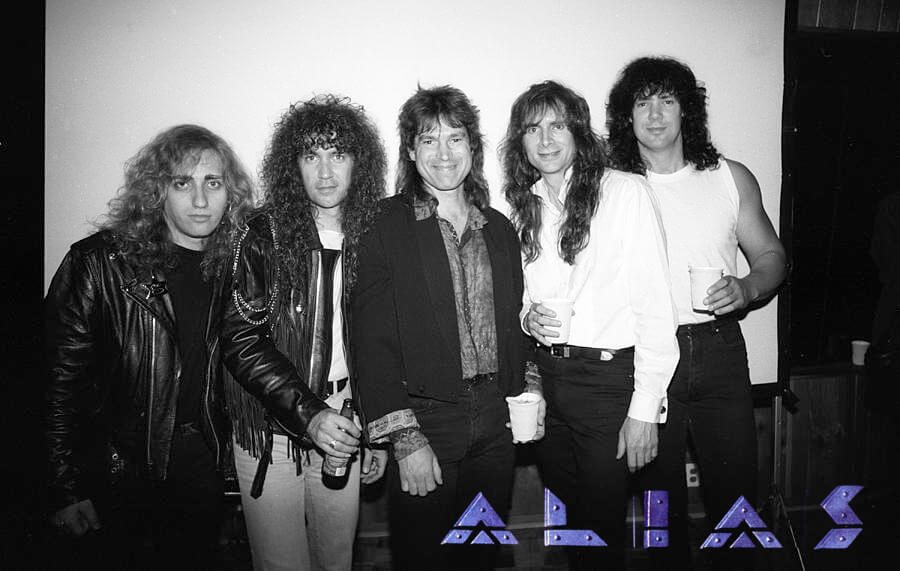 Before Alias, Curci and DeMarchi were members of the Canadian rock band Sheriff, from 1979 to 1985. Sheriff’s popularity in the club circuit garnered the attention of Capitol Records, which led to their self-titled album Sheriff. Sheriff’s singles received a large amount of airplay and reached the No. 1 spot in Canada, due to the success of “When I’m with You”. Although promotion and distribution problems stalled the record’s initial American momentum, the song reached a respectable No. 61 on the Billboard charts. Reports of fans not being able to buy the record in their local shops plagued Sheriff’s American tour. Rigorous touring, frustrations and disappointments caused tensions that split the band in two. In 1985, Sheriff disbanded.

After Sheriff, Curci and DeMarchi teamed up to pursue their music. With the financial backing of friends and family, and with the help of DeMarchi’s brother Denny (who later played keyboard and sang backing vocals on the Alias album), they built a recording studio in the DeMarchi family home basement. They worked as couriers during the day, while continuing to write and record at night. Most of these songs would later end up on Alias’ self-titled debut album… (from Wikipedia)
More from Wikipedia >