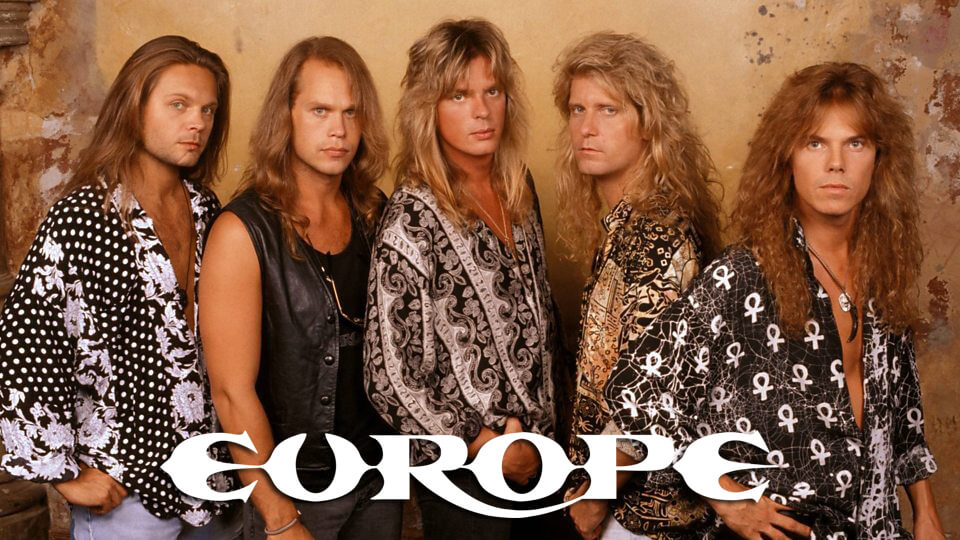 The first incarnation of the band was named Force and came together in 1979, in Upplands Väsby, Stockholm, and was integrated by vocalist Joey Tempest, guitarist John Norum, bass guitarist Peter Olsson, and drummer Tony Reno. “I remember when we started the band Force we were playing covers in the rehearsal room, because we just wanted to learn our instruments, like all bands,” Tempest said, “Then one day I said maybe we should do our own stuff. Nobody had any ideas, so I brought mine into the rehearsal room, and that is when we started writing our own stuff…

…In 1982, Tempest’s girlfriend entered Force in the Swedish rock talent contest Rock-SM. Competing against 4000 bands, they won the contest thanks to two songs, “In the Future to Come” and “The King Will Return”. The reward was a record deal with Hot Records. Tempest won the individual award for Best Lead Singer, and Norum won the award for Best Guitarist. Just before the contest, Force changed their name to Europe…
(from Wikipedia)
More from Wikipedia >