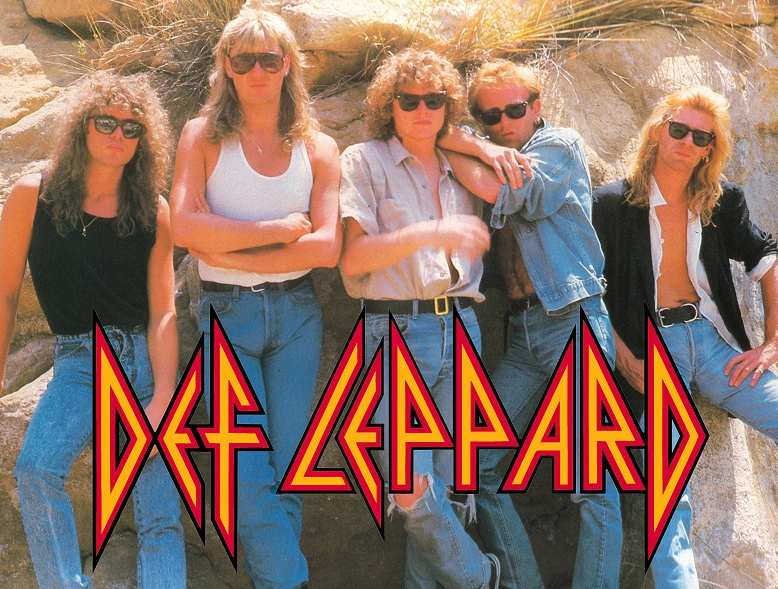 Rick Savage, Tony Kenning, and Pete Willis, all students at Tapton School in Sheffield, South Yorkshire, formed a band called Atomic Mass in 1977. The band originally consisted of Willis on guitar, Savage on bass (after originally playing guitar), and Kenning on drums. Only 18 at the time, Joe Elliott tried out for the band as a guitarist following a chance meeting with Willis after missing a bus, in November 1977. During his audition it was decided that he was better suited to be the lead singer. Their first ever gig was in the dining hall in A Block in Westfield School in Mosborough, Sheffield.

The band adopted a name proposed by Elliott, “Deaf Leopard”, which was originally a band name he thought up while writing reviews for imaginary rock bands in his English class (and in at least partial reference to Led Zeppelin). At Kenning’s suggestion, the spelling was slightly modified to Def Leppard in order to make the name seem less like that of a punk band. In January 1978, Steve Clark joined the band. According to Elliott, he successfully auditioned for the band by playing Lynyrd Skynyrd’s “Free Bird” in its entirety… (from Wikipedia)
More from Wikipedia >
Official YouTube channel >