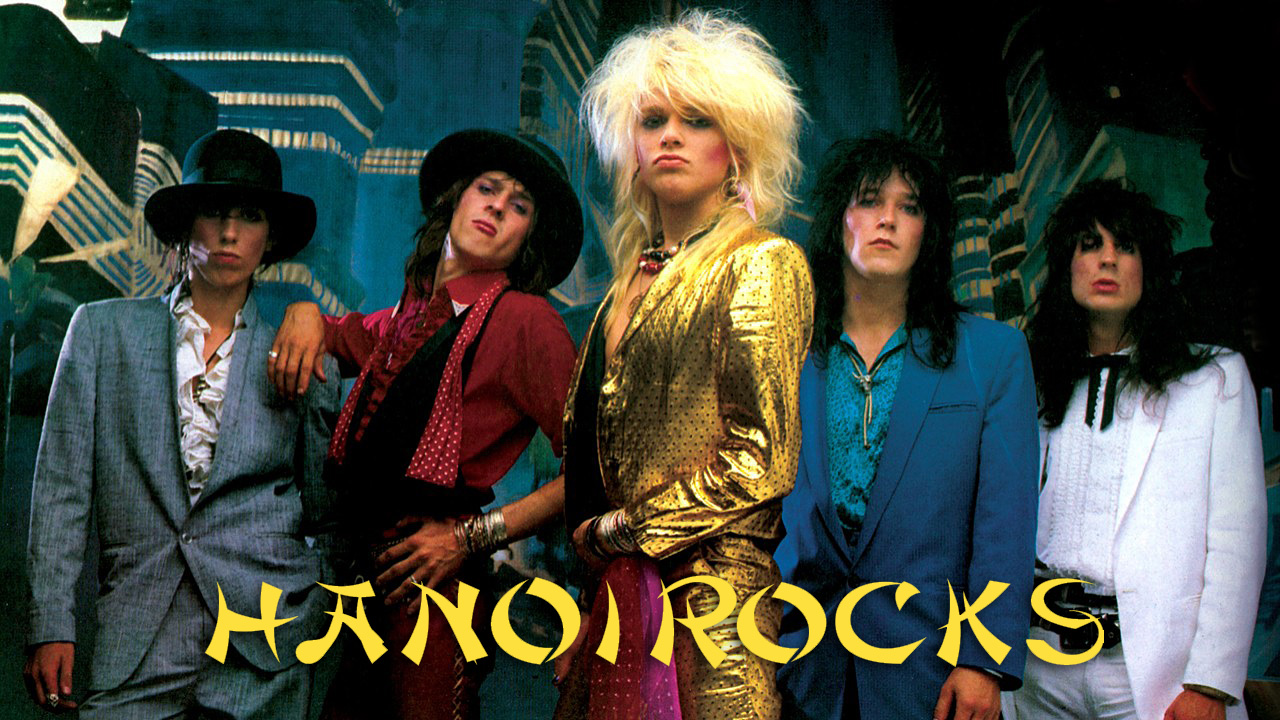 Hanoi Rocks was formed in Helsinki in 1980 by Michael Monroe (Matti Fagerholm) and his friend, guitarist Andy McCoy (Antti Hulkko). McCoy did not join the band immediately, because he was the guitarist for the Finnish punk band Pelle Miljoona Oy. McCoy allowed Monroe to form the band with an agreement that McCoy would join later.

The band toured Finnish clubs, playing McCoy and Monroe’s own songs and covers like Cheap Trick’s “He’s a Whore,” The Police’s “Born in the 50’s” and MC5’s “Looking at You.” At one of the band’s first shows was Seppo Vesterinen, who had brought big name artists like Iggy Pop and Frank Zappa to Finland. Vesterinen soon became the band’s manager after speaking with McCoy and Monroe. In late 1980 Andy McCoy left Pelle Miljoona Oy to join Hanoi Rocks, and was later joined by another former Pelle Miljoona Oy member, bassist Sami Yaffa. McCoy replaced Stefan Piesnack, who had been arrested for drug possession, and Yaffa replaced Nedo. By then Peki had left the band, and when it relocated to Stockholm, they hired an old friend of Monroe and McCoy’s, drummer Gyp Casino…. (from Wikipedia)
More from Wikipedia >

All Those Wasted Years (Live At The Marquee)