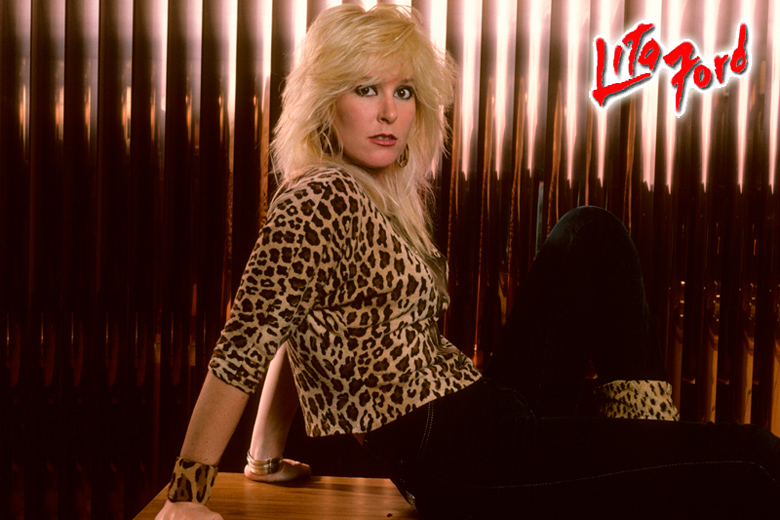 Lita Ford was born to an English father and an Italian mother in London, England. When she was in second grade, she moved with her family to the United States, eventually settling in the Long Beach, California. In 1975, at age 16, Ford was recruited by recording impresario Kim Fowley to join the all-female rock band he was assembling called the Runaways. The band soon secured a recording contract and released their first album in 1976. The band garnered significant media attention and The Runaways became a successful recording and touring act during their late 1970s heyday. Ford’s lead-guitar playing became an integral element of the band’s sound until their eventual break-up in April 1979.

Following the breakup of the Runaways, Ford set about launching a solo career. Her debut solo album, entitled Out for Blood, was released in 1983 and was a commercial disappointment. Her next release, Dancin’ on the Edge (1984) achieved moderate success and Ford’s popularity began to rise. Dancin’ on the Edge included the single “Fire in My Heart”, which reached the Top 10 in several countries outside the United States. The follow-up single, “Gotta Let Go”, performed better, reaching number one on the Mainstream Rock charts…(from Wikipedia)
More from Wikipedia >