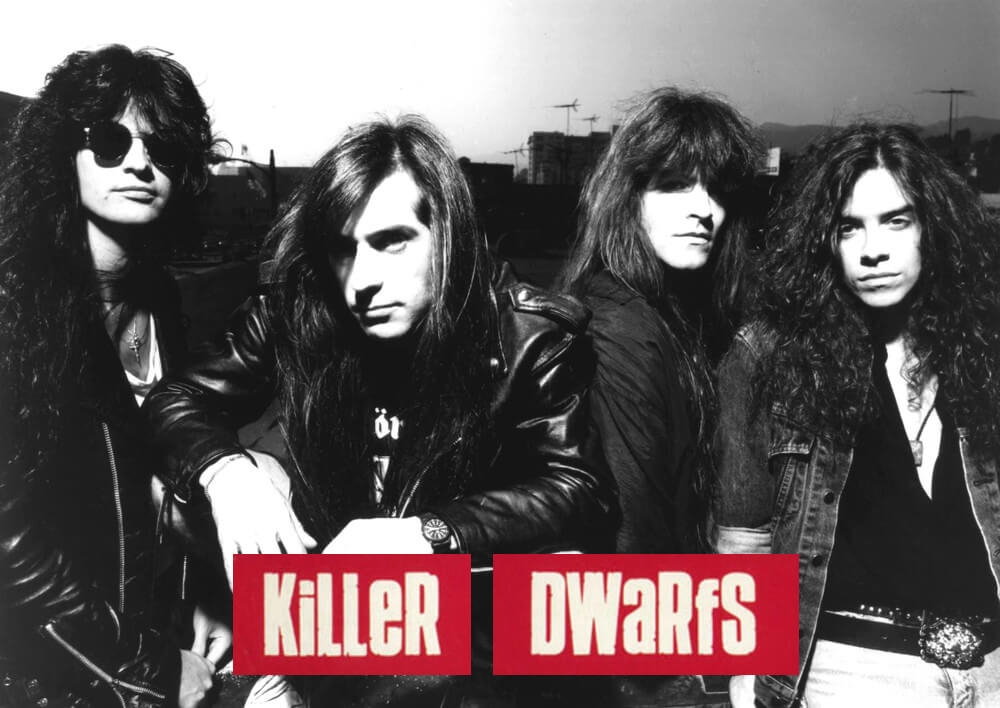 Killer Dwarfs (stylized as KiLLeR DWaRfS) is a Canadian band that formed in late 1981 in Oshawa, Ontario and enjoyed moderate success in its native Canada in the 1980s. Known for its offbeat sense of humor (all band members adopted the surname “Dwarf”), the band was nominated for two Juno Awards during its career.

Before The Killer Dwarfs formed, the band consisted of Darrell Millar, Bryce Trewin, and Ange Fodero in a group called Sphinx. After Sphinx, Russ Graham entered the picture and they became The Killer Dwarfs. The original lineup consisted of Russ Graham (vocals) and Darrell Millar (drums), along with Bryce Trewin (guitar) and Ange Fodero (bass). Its self-titled 1983 debut album was nominated for a Juno Award and radio stations in the US, particularly in Texas, started to play the album… (from Wikipedia)
More from Wikipedia >