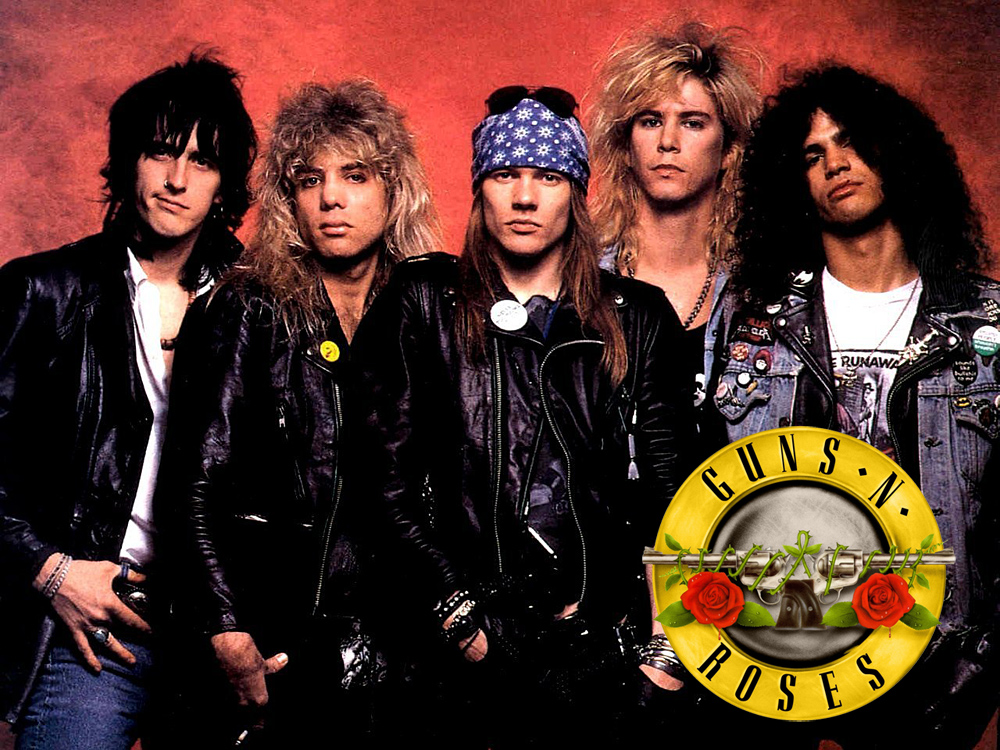 In 1984, Hollywood Rose member Izzy Stradlin was living with L.A. Guns member Tracii Guns. When L.A. Guns needed a new vocalist, Stradlin suggested Hollywood Rose singer Axl Rose. Guns N’ Roses was formed in March 1985 by Rose and rhythm guitarist Stradlin, along with lead guitarist Tracii Guns, bassist Ole Beich, and drummer Rob Gardner of L.A. Guns. The band coined its name by combining the names of both previous groups. After a short time, during which the band reportedly played two or three shows, Beich was fired and replaced by Duff McKagan. Tracii Guns left the band after an argument with Rose leading to his replacement by Rose and Stradlin’s one-time Hollywood Rose bandmate, Slash. Gardner quit soon after and was replaced by another former Hollywood Rose member, Steven Adler. Slash had also previously played with McKagan and Adler in Road Crew.

In June 1985, four days after the lineup was finalized, the band embarked on a short, disorganized tour of the West Coast, from Sacramento, California, to McKagan’s hometown of Seattle, Washington. The so-called “Hell Tour” settled the band’s first stable lineup, with McKagan later commenting, “This trip had set a new benchmark for what we were capable of, what we could and would put ourselves through to achieve our goals as a band.”

Through the band’s increasing presence on the Hollywood club scene – playing famed bars such as The Troubadour and The Roxy – Guns N’ Roses drew the attention of major record labels. The group was signed by Geffen Records in March 1986, receiving a $75,000 advance. In December of that year, the group released the four-song EP Live ?!*@ Like a Suicide, designed to keep interest in the band alive while the group withdrew from the club scene to work in the studio. The EP contained covers of Rose Tattoo’s “Nice Boys” and Aerosmith‘s “Mama Kin”, along with two original compositions: the punk-influenced “Reckless Life” and the classic rock-inspired “Move to the City.” Although billed as a live recording, the four songs were taken from the band’s demo tapes and overdubbed with crowd noise. Live ?!*@ Like a Suicide was released on the Geffen subsidiary Uzi Suicide, with production limited to 10,000 vinyl copies… (from Wikipedia)
More from Wikipedia >
YouTube VEVO channel >

Live at the Ritz