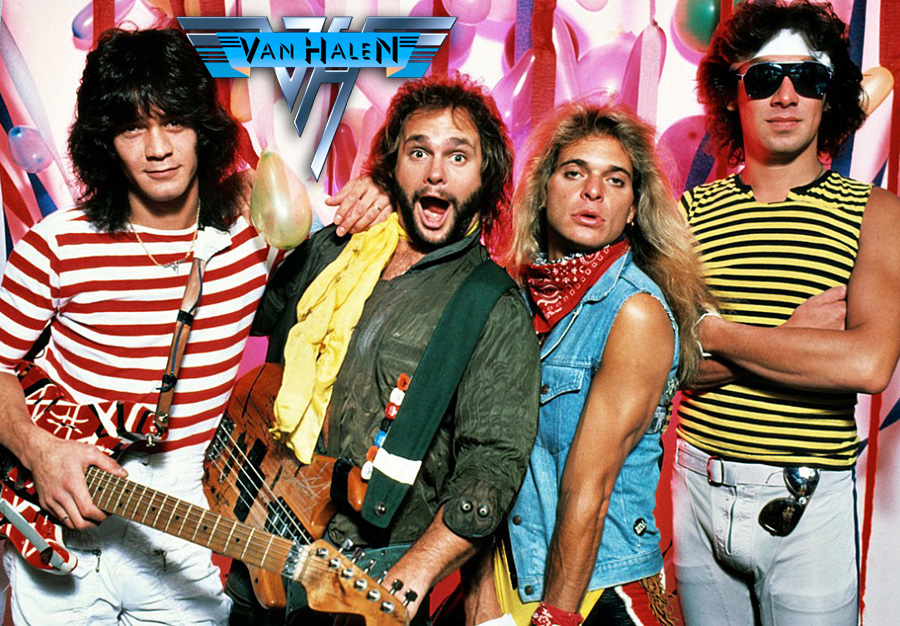 The Van Halen brothers were born in the Netherlands, Edward Van Halen in Nijmegen and Alex Van Halen in Amsterdam, sons to musician Jan Van Halen. The family moved to Pasadena, California, in 1962. Young Edward first began studying classical piano, and became quite proficient (although he never fully mastered the art of reading sheet music). Eventually the brothers started playing music together in the 1960s—Eddie on drums and Alex on guitar. While Eddie was delivering newspapers to pay for his new drum set, Alex would sneak over and play them. Eventually Eddie found out about it, and out of frustration he told Alex, “OK, you play drums and I’ll go play your guitar.”

The Van Halen brothers formed their very first band called The Broken Combs in the early 1970s. As they progressed and gained popularity, they started to play many backyard parties and changed the name of their band to The Trojan Rubber Co. In 1972, the Van Halen brothers formed a band called Genesis featuring Eddie as lead vocalist/guitarist, Alex on drums, and Mark Stone on bass. They initially rented a sound system from David Lee Roth but decided to save money by letting him join as lead vocalist even though his previous audition(s) had been unsuccessful. By 1974, the band decided to replace Stone, so Michael Anthony, bassist and lead vocalist from local band Snake was auditioned. Following an all-night jam session, he was hired for bass and backing vocals.

The band later changed its name to Mammoth when they discovered the name Genesis was already being used. In 1974, Mammoth officially changed its name to Van Halen. According to Roth, this was his brainchild. He felt it was a name that had power, like Santana. They played backyard parties and on a flatbed truck at Hamilton Park. Van Halen played clubs in Pasadena and Hollywood to growing audiences, increasing their popularity through self-promotion: before each gig they would pass out flyers at local high schools. This sort of self-promotion soon built them a major following. Later that year, the band got its first break when it was hired to play at Gazzarri’s… (from Wikipedia)
More from Wikipedia >
Official YouTube channel >