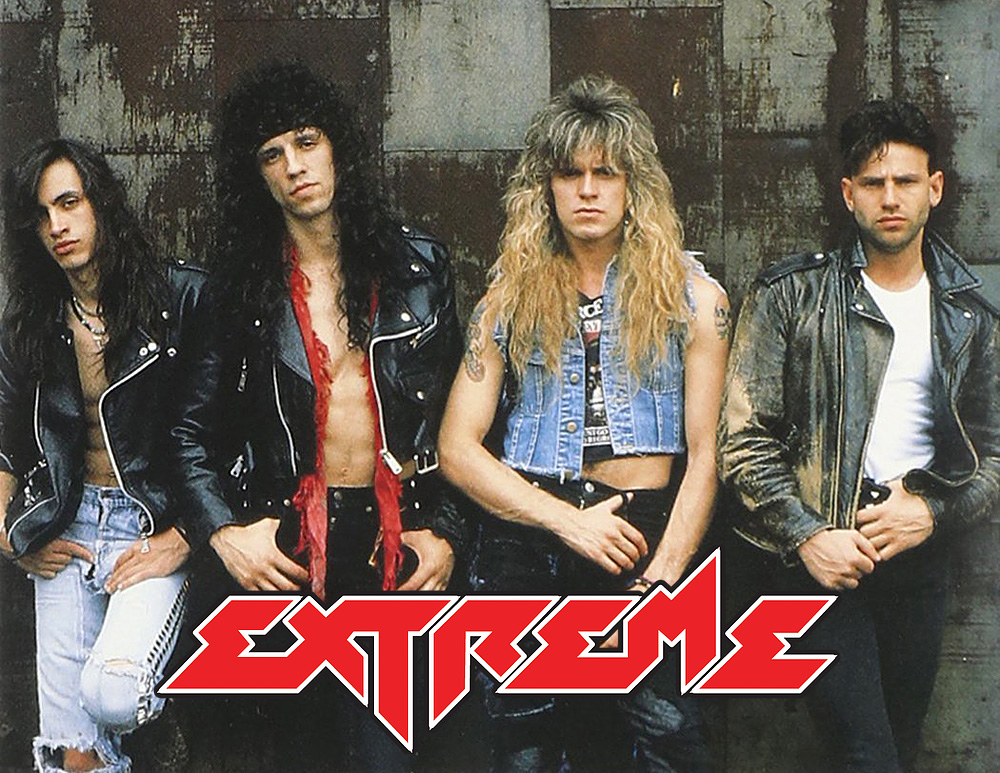 Extreme was formed in Malden, Massachusetts, in 1985.[8] Vocalist Gary Cherone and drummer Paul Geary were in a band called “The Dream” (“Extreme” is a derivation of Cherone and Geary’s former band “The Dream”, meaning “Ex-Dream”). Guitarist Nuno Bettencourt was in a band called “Sinful”, and bassist Pat Badger was playing with a Berklee-based act called “In The Pink”. Following an altercation between the rival groups over communal dressing rooms, the four decided to form a new band together.

Cherone and Bettencourt began writing songs together and the band played numerous shows in the Boston area. They gradually developed a strong local following, and were named “Outstanding Hard Rock/Heavy Metal Act” at the Boston Music Awards in 1986 and 1987.

The band had accumulated several original songs by the time A&R director Bryan Huttenhower signed them to A&M Records in 1988. The band then recorded their self-titled debut album which was issued in 1989. The first single was “Kid Ego”, a song that Cherone would later admit made him cringe. The final track on the album, “Play With Me”, was used as the “mall chase” song in the film Bill & Ted’s Excellent Adventure… (from Wikipedia)
More from Wikipedia >