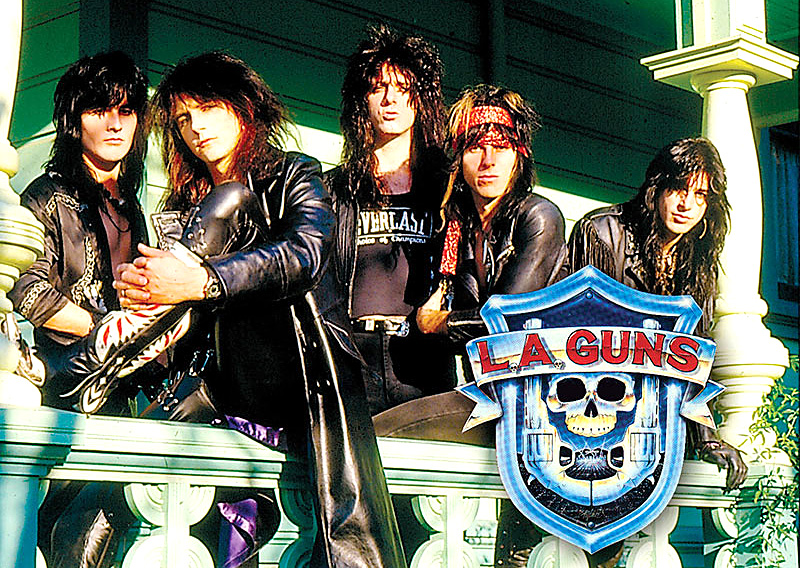 L.A. Guns were first formed in 1983 by guitarist Tracii Guns. The first lineup included singer Michael Jagosz bassist Ole Beich and drummer Rob Gardner. This lineup recorded the band’s debut EP, Collector’s Edition No. 1, before Jagosz was replaced by Axl Rose. Originally released on vinyl, the record was produced and engineered by Blues/Rock guitarist Chuck Rosa and came out on Raz Records (an independent Hollywood based record label, named after the band’s manager, Raz Cue). The same material would later be released as a bonus disc with the compilation album Hollywood Raw in 2004. Rose would leave the group to front Rapidfire before going on to form Hollywood Rose, a group formed following the introduction of guitarists Izzy Stradlin and Chris Weber to each other by Guns.

Later, in 1985, Guns and singer Paul Black reformed L.A. Guns with Mick Cripps and Nickey Alexander. Robert Stoddard, former The Dogs D’Amour singer, briefly became guitarist for the group, co-writing the song “Nothing to Lose” that appeared on L.A. Guns debut album. Initially, the group were to be called Faster Pussycat (later the name of another band; several of that band’s members over the years were also in L.A. Guns) but soon re-adopted the L.A. Guns moniker. After writing material and playing shows, the group signed with PolyGram. Black was soon replaced by former Girl singer Phil Lewis while Kelly Nickels (formerly of Faster Pussycat) was added to the lineup… (from Wikipedia)
More from Wikipedia >