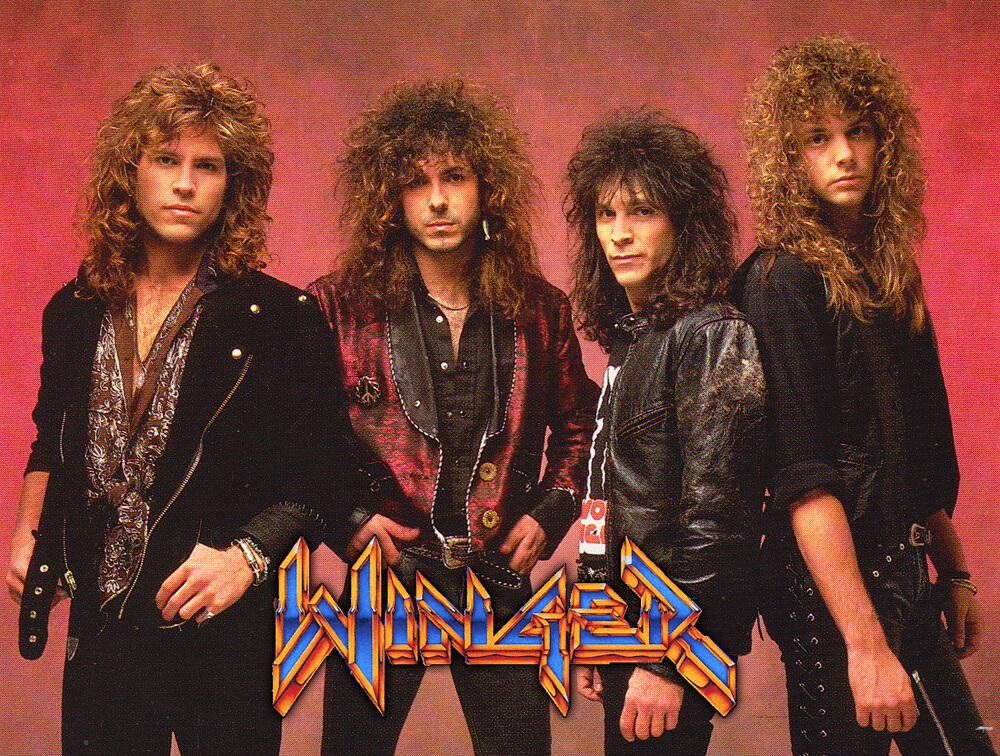 Winger is an 80s rock band that combined elements of glam metal and progressive metal. Started by Kip Winger, the band gained popularity during the late 1980s and early 1990s.

Kip Winger’s first commercial break came in 1984, when he co-wrote a song for Kix‘s third album, Midnite Dynamite. During that time he was working closely with the record producer Beau Hill, recording bass and vocals on various records. While Reb Beach was working on Fiona Flanagan’s Beyond the Pale record at Atlantic, Winger and Beach were introduced to each other and later began recording demos. In 1985, Winger joined Alice Cooper’s band. After making two albums with Cooper, Winger left in March 1987 to focus on his own band.

Winger returned to New York to work on songs with Reb Beach. They were joined by drummer Rod Morgenstein and keyboard player Paul Taylor. They initially performed under the name Sahara, but eventually changed their name to Winger, at Alice Cooper’s suggestion…(from Wikipedia)
More from Wikipedia >