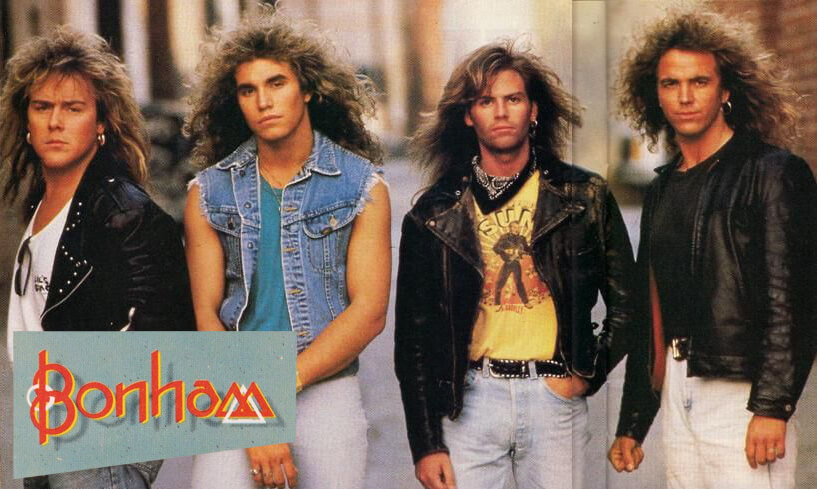 Bonham was a British rock band founded in 1989 by drummer Jason Bonham, the son of the late Led Zeppelin drummer John Bonham…

..In 1990, their debut album The Disregard of Timekeeping topped the rock airplay charts on the success of the single “Wait for You” and helped Bonham garner a gold record from the RIAA in 1990. The band toured extensively for two years, but the impact of such early success on its young members caused a great deal of internal friction. After a lengthy tour, Bonham released their second and final album together, Mad Hatter. Jason Bonham then decided to concentrate on session work and writing new music… (from Wikipedia)
More from Wikipedia >