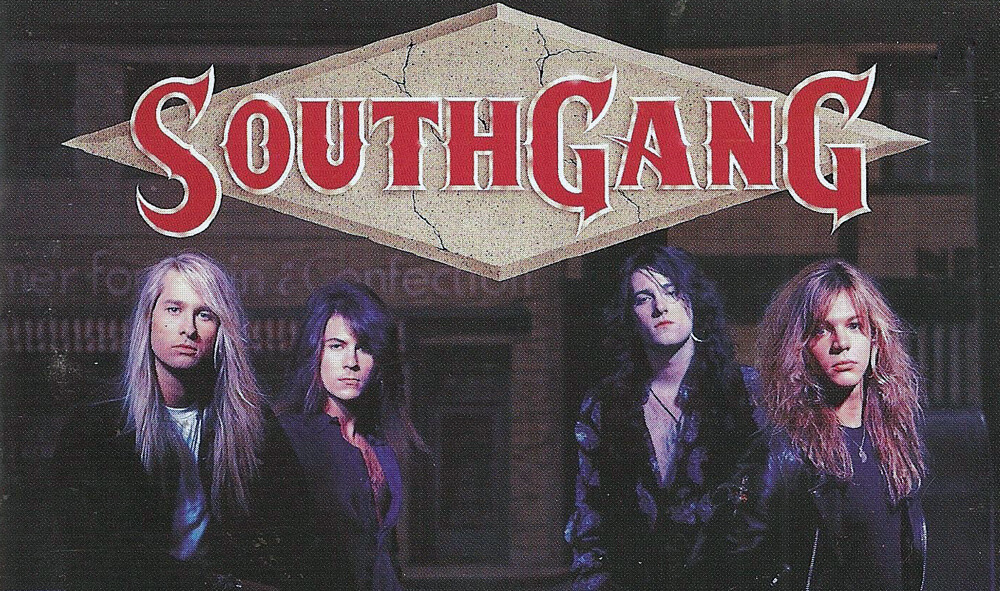 SouthGang was a Los Angeles-based rock band composed of lead vocalist Jesse Harte, guitarist Butch Walker, bassist Jayce Fincher, and drummer Mitch “Slug” McLee, active in the late 1980s and early 1990s. The band’s original name was Byte the Bullet, which was changed to SouthGang before they released their first album, Tainted Angel. They had a similar style to many of the other “hair bands” of the era. The band is best remembered for their 1991 single “Tainted Angel,” which received some MTV airplay, especially during Headbanger’s Ball…(from Wikipedia)
More from Wikipedia >