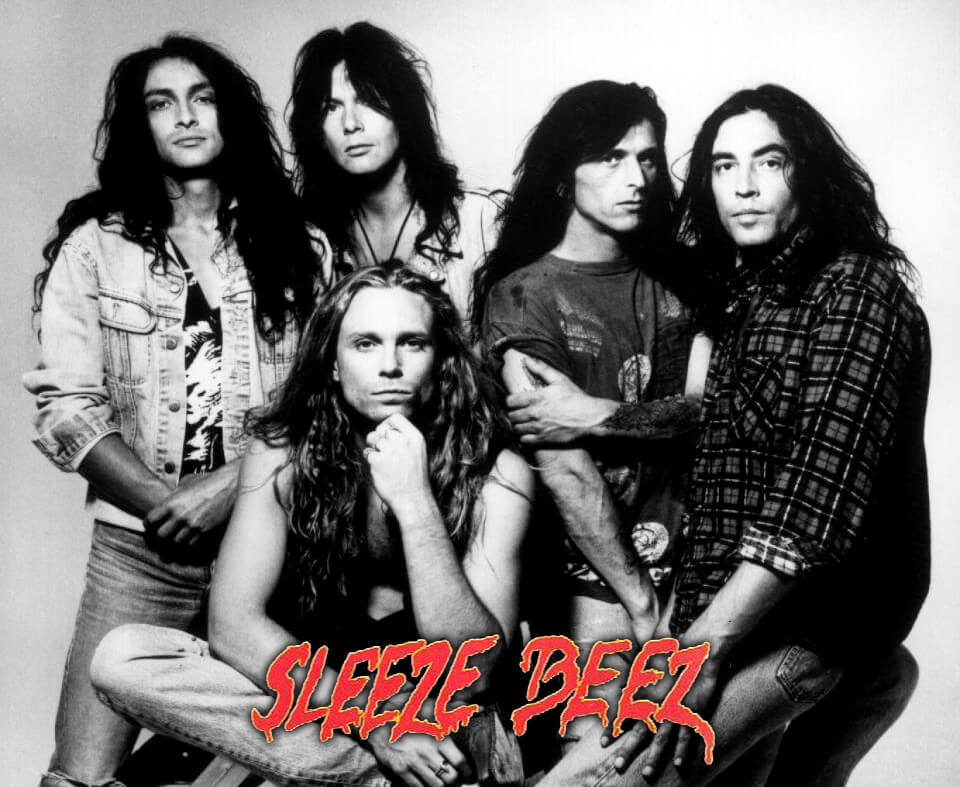 Sleeze Beez are a glam metal band formed in 1987 in the Netherlands.

They released four studio albums and one live album over a nine-year career before disbanding in 1996. Their 1989 album Screwed Blued & Tattooed peaked at number 115 on the Billboard 200 album chart. The song “Stranger Than Paradise” was a big hit on MTV and was taken from the “Screwed Blued & Tattooed” album. In 1992 after a long tour they released the album “Powertool” by Atlantic Records, which contains the ballad “I Don’t Want to Live Without You” and was a minor hit.

Sleeze Beez was formed by drummer Jan Koster and guitarist Chriz van Jaarsveld in 1987. The first recordings were made with the Belgian singer Tigo ‘Tiger’ Fawzi, for the album Look Like Hell. He was briefly followed by Thijs Hamelaers… (from Wikipedia)
More from Wikipedia >