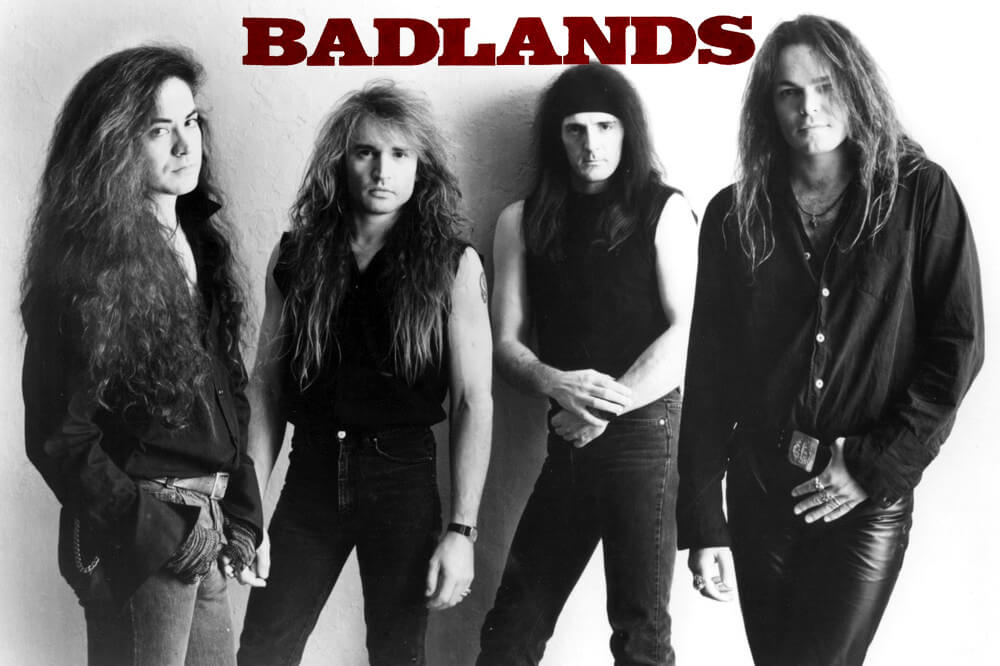 After touring with Ozzy Osbourne in support of the Ultimate Sin album, Jake E. Lee was fired by Sharon Osbourne. Lee first learned of his dismissal from the band through his roommate and guitar tech. Ultimately, Lee’s firing was confirmed when he called Sharon Osbourne and asked her about it directly. Lee set about looking for a charismatic front man with whom to launch a new band. He met Ray Gillen, a vocalist who had recently worked briefly with Black Sabbath. Within weeks, the duo had enlisted bassist Greg Chaisson, whom Lee had met during an Ozzy audition. Gillen recruited his former Black Sabbath bandmate Eric Singer to be the band’s drummer. With melodic sensibilities and solid instrumental skill, the new band called Badlands worked together to present energetic live shows… (from Wikipedia)
More from Wikipedia >