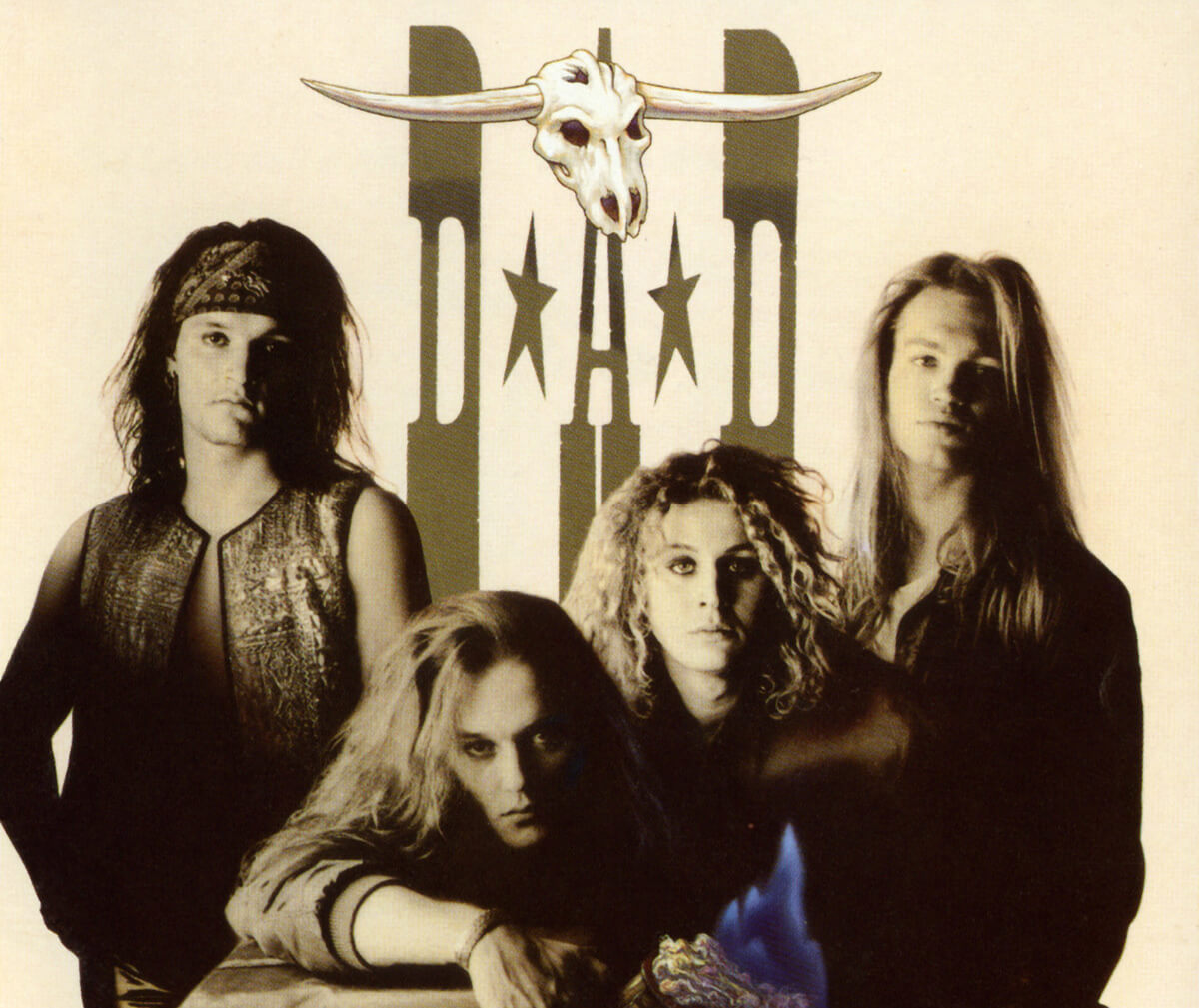 D-A-D is a Danish band. They were originally named “Disneyland After Dark”, but changed their name to avoid a lawsuit from The Walt Disney Company.

In the early 1980s in Copenhagen, Denmark, D-A-D started playing together under their original name Disneyland After Dark. Pedersen came up with the name based on the idea that when the lights are out in Disneyland, anything can happen. The first lineup of D-A-D consisted of Jesper, Stig, Peter and Stig’s girlfriend, Lene Glumer. The band’s debut concert was at the youth club Sundby Algaard… (from Wikipedia)
More from Wikipedia >