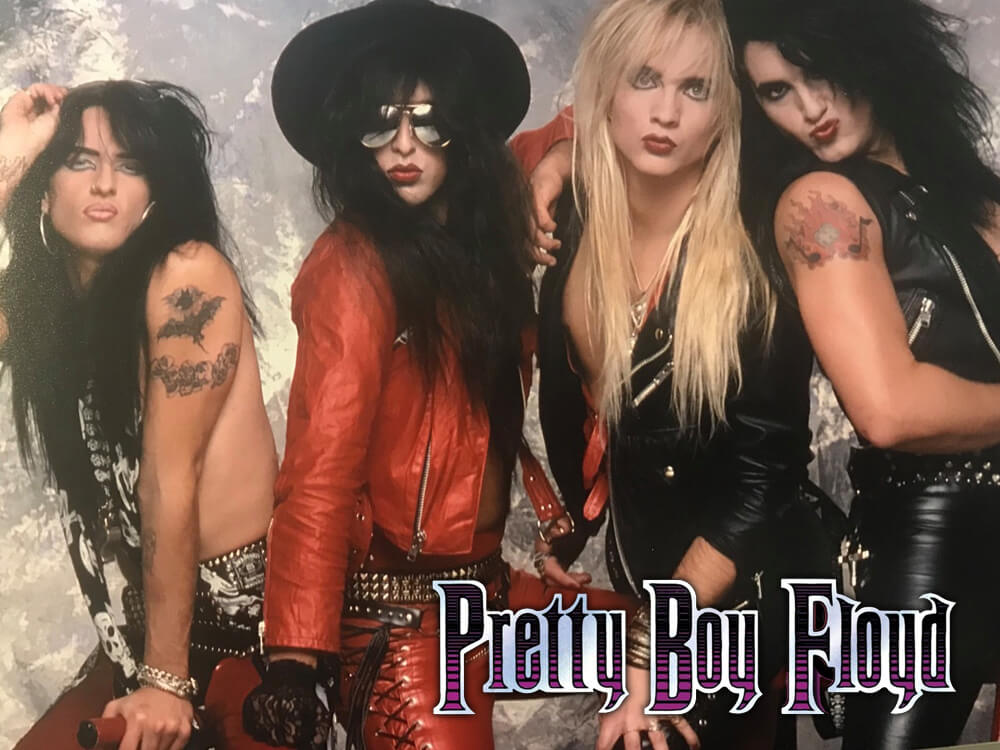 Pretty Boy Floyd is a glam metal band from Hollywood, California, formed in 1987…

…After rehearsing and playing a few shows on the Sunset Strip, Pretty Boy Floyd got their big break at MCA Records. Their debut album named Leather Boyz with Electric Toyz was released in 1989 and produced by producer Howard Benson.

Two singles, and accompanying promotional videos were released from the album; “Rock and Roll (Is Gonna Set the Night on Fire)” and “I Wanna Be with You”, which gained rotation on MTV. They were also having success in Europe at the time, by being the cover subject of hard rock magazine Kerrang! on December 16, 1989.

Pretty Boy Floyd became embroiled in a dispute over the copyright of their band name, with a Canadian band, also called Pretty Boy Floyd. The Canadian group released their debut Bullets and Lipstik the same year, but after a negotiated settlement agreed to surrender use of the name.
(from Wikipedia)
More from Wikipedia >