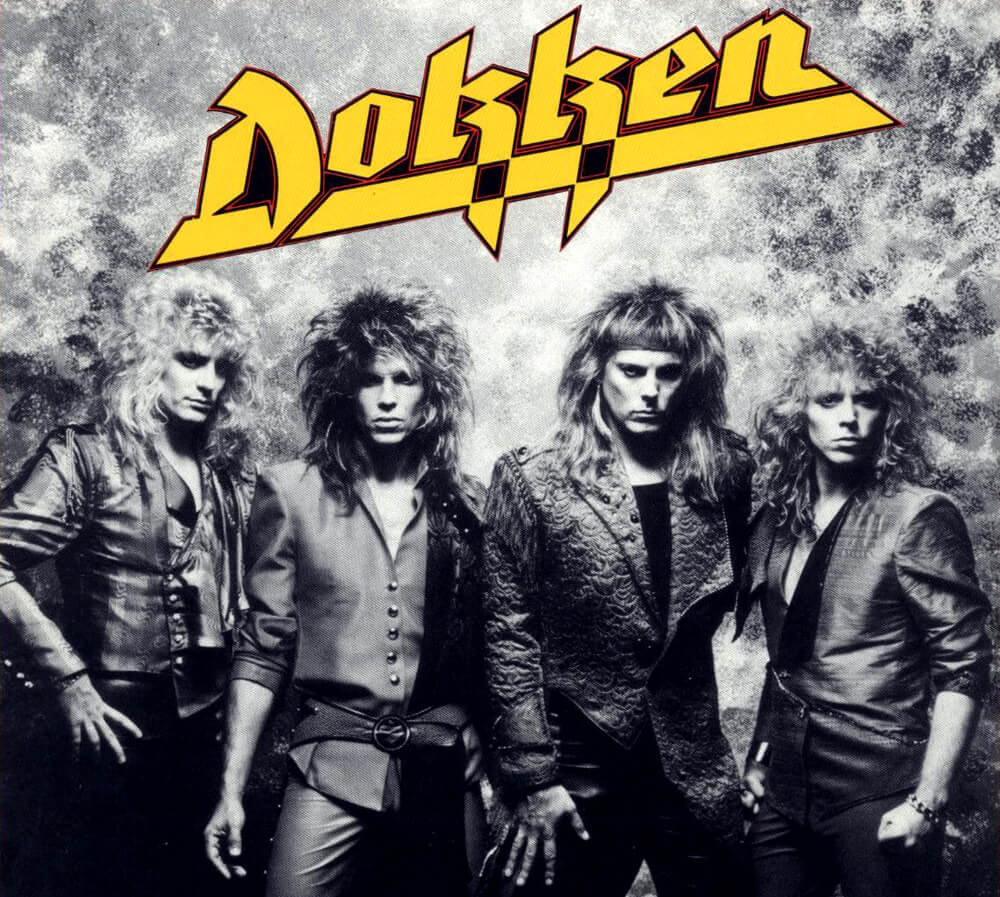 Don Dokken’s first band formed in 1976, named Airborn. He played shows at clubs in the Los Angeles area, including the Starwood on Sunset Strip. Airborn included Bobby Blotzer on drums and Juan Croucier on bass, but Blotzer and Croucier left the band in 1978 to form FireFoxx.[10] Don Dokken was unable to keep the Airborn name because another band named Airborn had already acquired a record deal. Bringing in Greg Pecka on drums and Steven R. Barry on bass, Dokken recorded a 7″ single, “Hard Rock Woman” b/w “Broken Heart”, released in 1979 under the band name Dokken, produced by Drake Levin, best known as the guitarist for Paul Revere & the Raiders…

…In early 1981, Don Dokken returned to Germany trying to get a record deal with a new band in tow, guitarist George Lynch and drummer Mick Brown, who had been playing in a band called Xciter at the time, with Croucier remaining on bass. After recording demos with Wagener and with the help of Accept’s manager, Gaby Hauke, a deal was secured with Carrere Records. Recorded between July and September 1981 at Studio Stommeln with Wagener and Dieter Dierks, Breaking the Chains was initially released under the name “Don Dokken” before it was changed to simply Dokken on subsequent pressings… (from Wikipedia)
More from Wikipedia >