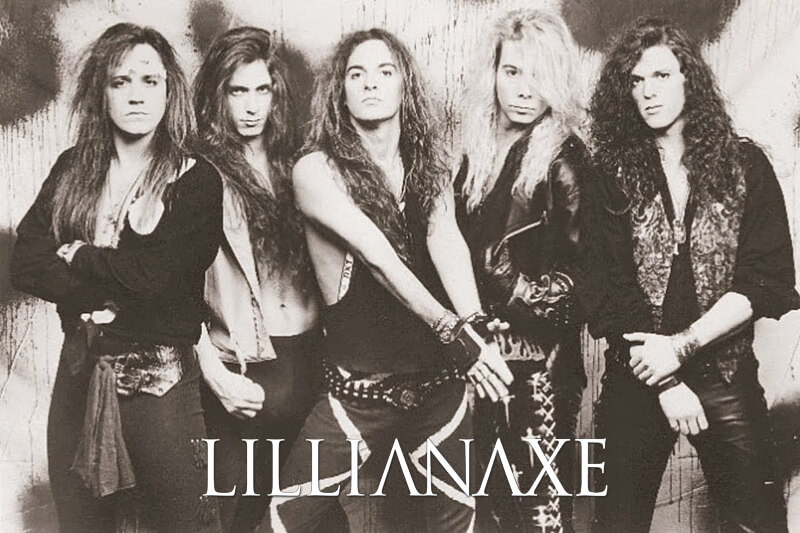 Lillian Axe formed in New Orleans, Louisiana. The band’s origins are based in the New Orleans based band Oz which guitarist Steve Blaze joined in the early 80s, which included Rick Bohrer on vocals, Orlando “Ace” Palacio on guitar, Michael “Maxx” Darby on bass guitar, and Jeff Savelle on drums. When Palacio quit, the band told Blaze that he was the new lead guitarist. The band played gigs under the Oz moniker until Blaze came up with the name Lillian Axe driving home from seeing the movie Creepshow. Blaze was inspired by a scene in the movie where a skeleton in a bridesmaid dress was floating in a window. The name “Lillian” came to mind as a “creepy sounding, old lady name” along with the word Axe to complete the name.[2] Blaze noted, ““So, it’s like a skeleton with a veil, and it inspired me. What would that apparition’s name be? Some creepy old lady’s name, so the name Lillian came to mind. I was sitting at the red light on the corner of Houma Boulevard and Veterans when I immediately thought ‘Lillian Axe.’”… (from Wikipedia)
More from Wikipedia >