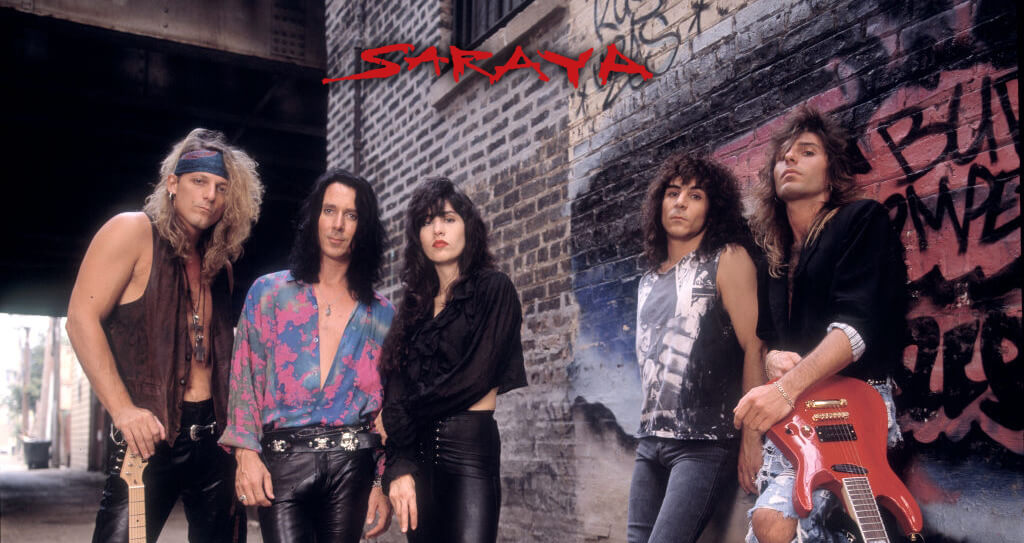 In 1987, Sandi Saraya and keyboardist Gregg Munier began performing under the name Alsace Lorraine. They eventually travelled to Los Angeles in search of stardom, changing their name to Saraya, because Sandi was the face of the band. After a short stint in Los Angeles, the band returned to New Jersey where Saraya and Munier spent the next year writing material for their debut album. Later in 1987, Saraya and Munier were joined by former Danger Danger guitarist Tony “Bruno” Rey, bassist Gary Taylor, and drummer Chuck Bonfante… (from Wikipedia)
More from Wikipedia >