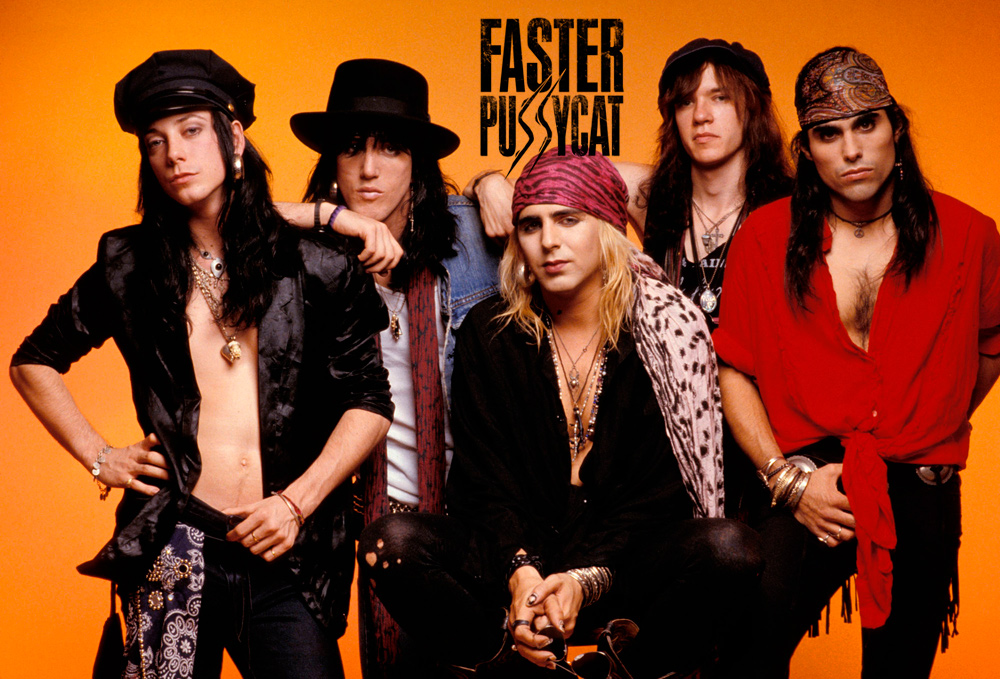 Faster Pussycat was formed in Hollywood by Taime Downe during the glam metal and glam punk boom of the 1980s. The earliest incarnation of the band featured Downe and Greg Steele along with Brent Muscat. The name of the band is derived from the Russ Meyer film Faster, Pussycat! Kill! Kill!.

Just before they recorded their debut album, Kelly Nickels got into a motorcycle accident and broke his leg in seven places. Nickels was replaced by Eric Stacy (from Champagne Darling Cool). Shortly thereafter, Nickels would resurface in L.A. Guns…(from Wikipedia)
More from Wikipedia >